What Is Marital Property In Illinois? | A Beginner’s Guide

Overview Of Marital Property In Illinois 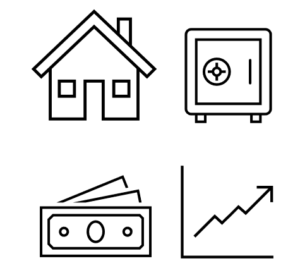 Exceptions And Gray Areas Regarding Marital Property In Illinois

Below are a few examples of exceptions and gray areas regarding what is considered marital property in Illinois.

One example is a retirement plan obtained before marriage. This may seem like non-marital property, but if there are parts of it that were obtained during the marriage, then that portion is considered marital property in Illinois.

There are also many examples of property obtained during the marriage that are not considered marital property in Illinois, such as gifts and inheritances to one spouse, and some couples find it practical to keep property separate after marriage by executing a valid prenuptial agreement (or postnuptial contract).

It’s also not always black-and-white. Comingling income and assets can create a gray area. If you have property that you believe should be kept separate even after you get married, whether by written agreement or because it was a gift to you personally, it is important to keep that property separate.

For example, if you receive an inheritance from your parents and you prefer to keep that money separate, then put it in a separate bank account. Do not put that money in a shared bank account with your spouse unless you are willing to risk it being considered marital property in Illinois.

Another gray area is when one spouse buys and pays off a house before marriage, but the other spouse increases the value of that house by doing repairs, building additions, or paying for those things with part of his or her paycheck. While the house itself may be considered marital property in Illinois, the spouse that increased the value of the house may receive reimbursement for his or her personal efforts because efforts were part of the marriage.

If you want to know which property could be an exception to the general rule regarding marital property in Illinois, talk to a family law attorney

There are many more examples than what is mentioned in this article. To understand all the nuances of marital property in Illinois, you need to speak with an experienced family law attorney.

Divorce can be intimidating, but if you are at that point where there is no other option, schedule an appointment with the family law firm of Koth Gregory & Nieminski in Bloomington IL. One of our divorce lawyers will explain the nuances of property division and walk you through every step of the process. 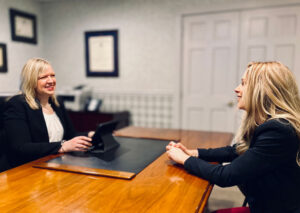 Koth Gregory & Nieminski is located in downtown Bloomington at 420 N. Main St., Bloomington, IL 61701. However, we handle many cases outside of McLean County. We often represent clients in the neighboring communities of Peoria, Pekin, Pontiac, El Paso, etc. so we frequently go to court in Peoria, Tazewell, and Livingston county. We offer appointments over the phone and via zoom so even if you are an hour away from our office in Bloomington/Normal IL, don’t let the distance bother you. Finding an experienced attorney who cares is worth it.

Schedule an appointment with a family law attorney at Koth Gregory & Nieminski today.

Check out some other resources below under Related Topics for more information regarding divorce and the other issues that may be involved in your case such as maintenance/alimony, child custody and visitation, and child support.

The use of this contact form to communicate with Koth, Gregory & Nieminski or its employees does not establish an attorney-client relationship. An attorney-client relationship does not exist until a contract has been signed and dated by the client and Koth and Gregory & Nieminski. Confidential or time sensitive information should not be sent through this form. By clicking on “Submit”, you agree to this disclaimer.

3 Reasons To Beware Of The Free Consultation

What Is Marital Property In Illinois? | A Beginner’s Guide

Information from this website is not to be perceived as advice legal matters of any kind. Browsing or copying the information within this website does not in any way suggest or constitute an attorney-client relationship.

Epilepsy Safe Mode
Dampens color and removes blinks
This mode enables people with epilepsy to use the website safely by eliminating the risk of seizures that result from flashing or blinking animations and risky color combinations.
Visually Impaired Mode
Improves website's visuals
This mode adjusts the website for the convenience of users with visual impairments such as Degrading Eyesight, Tunnel Vision, Cataract, Glaucoma, and others.
Cognitive Disability Mode
Helps to focus on specific content
This mode provides different assistive options to help users with cognitive impairments such as Dyslexia, Autism, CVA, and others, to focus on the essential elements of the website more easily.
ADHD Friendly Mode
Reduces distractions and improve focus
This mode helps users with ADHD and Neurodevelopmental disorders to read, browse, and focus on the main website elements more easily while significantly reducing distractions.
Blindness Mode
Allows using the site with your screen-reader
This mode configures the website to be compatible with screen-readers such as JAWS, NVDA, VoiceOver, and TalkBack. A screen-reader is software for blind users that is installed on a computer and smartphone, and websites must be compatible with it.